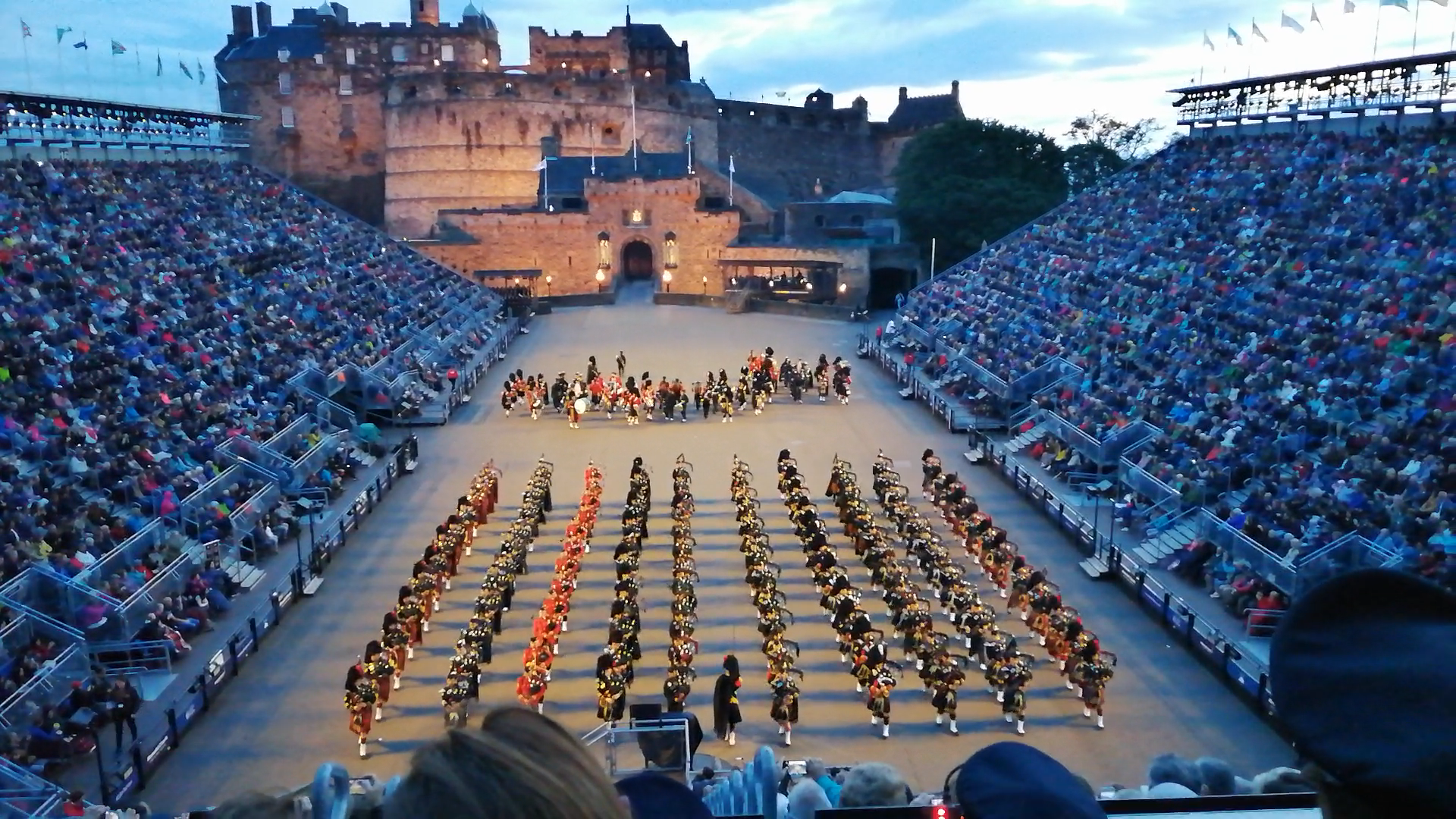 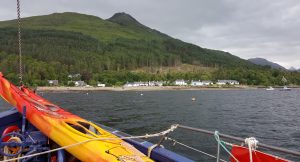 Anybody who is familiar with my website and blog will know that I have a special place in my heart for Knoydart. Described by many as “the last true wilderness of Scotland” Knoydart got into my system like nowhere else and is now somewhere I try to visit every year. Its just something I need. Now, not only is it my favourite place to be, it represents the beginnings of a unique friendship.

Before I had even set foot on Knoydart, I had heard of Alastair Bruce but didn’t know much more. I knew he worked for Sky Television as a Royal Commentator but that was about all. He came to my attention however when a friend, knowing we had already booked a house on Knoydart said “Do you know of Alastair Bruce, he has a home there.” I didn’t know anything at that time and did’t think much about it. Our friend wasn’t sure which house belonged to Alastair but she did mention that he always raised a flag when he was in residence.

I’ll never forget travelling to Knoydart for the very first time. When you leave Mallaig as a foot passenger, it is as if you leave everything behind you and carry with you only what you really need. The Wilderness awaits you as you sail up Loch Nevis and the white washed cottages Inverie come closer into view. The easiest way to reach Knoydart is by boat, the nearest road is nine and a half miles away. 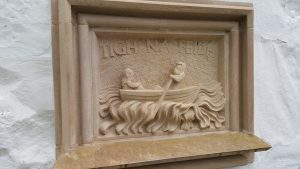 We were met off the boat the most lovely people, Tim and Hannah, who looked after the house we were staying in. Before long we had settled in and were having coffee in the garden and I noticed we were sitting beneath a very tall flag pole. It was then I realised that we were staying in the very house that belonged to Alastair Bruce. The house was called Tigh Na Feidh, an old whitewashed crofters cottage. I was really intrigued by the coincidence, some people say there is no such thing, so I launched Twitter and searched for Alastair Bruce. There was a stone carving with the name of the cottage set in the wall of Tigh Na Feidh. I took a photograph of the stone, tweeted it to Alastair and said I was staying in his cottage. Alastair was delighted and that was the start of our conversation.

Over the next few months, I learned a little more about Alastair and his life. I love getting to know people and their story no matter where there are in life. For me, life is about people, each other, and our common lives together. We all carry history on our shoulders but Alastair’s is particularly interesting being a direct descendant of King Robert the Bruce. I just had this desire to get to know Alastair better and I hoped that one day we might meet. 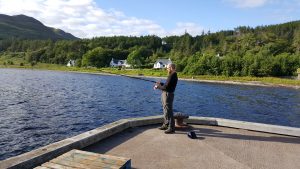 I returned to stay in Tigh Na Feidh again the following summer. I continued to drop messages via Twitter to Alastair which he very politely replied to. I say politely, because I suspect that Alastair hoped that I would quietly disappear. He was, quite rightly, rather reticent to get involved with or have more contact with me. I was a writer and blogger after all, I could have been trying to make contact for disingenuous reasons. My desire was just to have contact and learn more about his life and history and get to know him better. So, I didn’t disappear, I persisted and kept up my idle chatter via Twitter 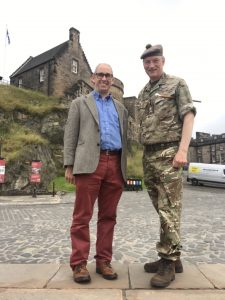 In April 2019 Alastair, or Major-General Alastair Bruce of Crionaich to give him his official title, was sworn in as Her Majesty’s Governor of Edinburgh Castle. That’s great I thought, we were both living in the same city so that must make us neighbours. Everybody knows the only way to welcome a new neighbour is to drop by for tea, so that’s what happened. Alastair, perhaps feeling exasperated by this time that I hadn’t quietly gone away, invited me up to Edinburgh Castle to meet him. My legs felt like jelly on my way up the castle. What would he think of me for having pursued him all this time and finally meeting me face to face?

However, I had nothing to worry about because he made me feel so at ease. We had a lovely chat and it was a real pleasure to meet him. We spoke about Knoydart of course as well as many other things. It reinforced my desire to be out in the world meeting people and making friends everywhere I can. It felt like a real privilege too, to be at the castle after closing time and have the place to ourselves without the crowds. Performers were rehearsing for the Tattoo and we were talking to them as we walked round. 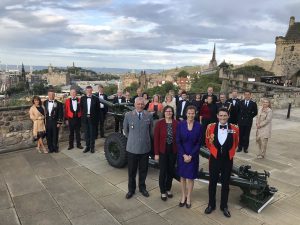 A week later I joined Alastair and a group of distinguished guests for dinner at the castle after which we watched the Tattoo. It was a really astonishing evening and I thoroughly enjoyed meeting everyone in the party. Among the guests was Lieutenant General Ivan Jones who took the Salute at the Tattoo that evening. There were representatives from different countries around the world as well as people at the top of their fields here in Scotland. After the performance, which was just spectacular, we were treated to a champagne reception in the Royal Gallery. I felt extremely welcome. It was a real privilege to meet so many lovely people and be part of the wonderful occasion.

I am extremely honoured to have had the opportunity take part in such a lovely event. I am, of course, particularly grateful to Alastair for taking the time to meet me. I am delighted we kept up our Twitter conversation over such long time and I think, or hope anyway, that Alastair is too! Social Media often receives negative press but since I started promoting my blog on social media platforms, some great things have happened in my life. Not only have I met many new people but I have managed to garner support for my work. This is a good example of the power of Social Media to bring together two people in unlikely circumstances. Through my website I try to Motivate and Inspire others to achieve whatever they can in their lives. Patience and persistence is key. 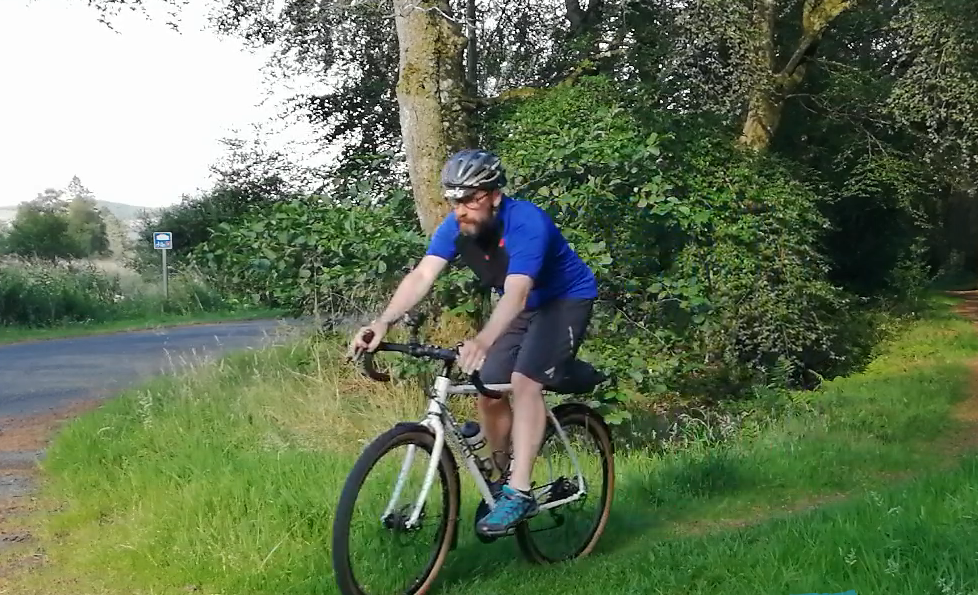 ACCESSING THE OUTDOORS MADE EASIER

How Having a Gravel Bike Has Opened Up Outdoor Access